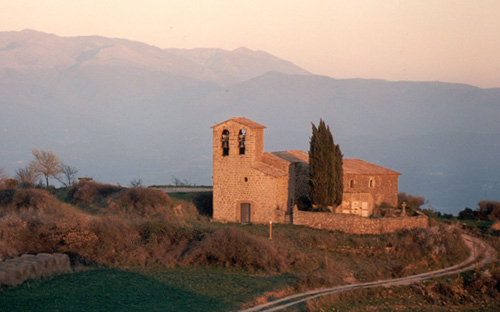 After strolling around the old part of Collsuspina, we can go up to the Romanesque church of St. Cugat de Gavadons (10th century).
It is a half-hour walk from the village, to the north. It is a Romanesque building dating from the 12th century and very altered in the 18th and 19th centuries by the addition of two chapels covered with gothic rib vaults.
Sant Cugat’s history goes back more than a thousand years: the first written reference to the Sant Cugat church “behind the mountains” dates from the year 968. Sometimes it is also called “Coll sa sima”, but Gavadons is its most usual name.
A belfry, later covered as a porch, highlights its silhouette. In Sant Cugat, Saint Peter Martyr was venerated for centuries as a protector against storms and has become the main patron saint of the place.
It is a marvellous peaceful place. The silhouette of the small church and its cypresses stands out against a boundless horizon of the beautiful mountain sky. The viewpoint at Sant Cugat de Gavadons, from where you can contemplate the Vic plain, the Montseny Mountain and the Eastern Pyrenees, is a must for the visitors. 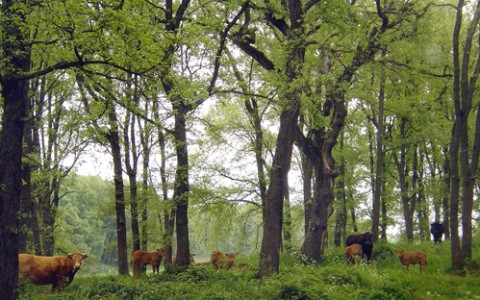 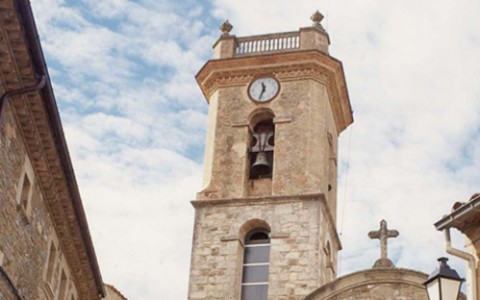 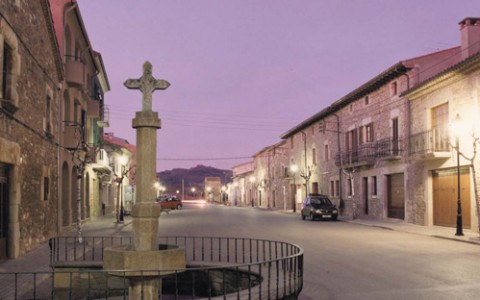 Collsuspina is characterized by its old part